JANDEK: (IN) IRVINE (THIS) SATURDAY 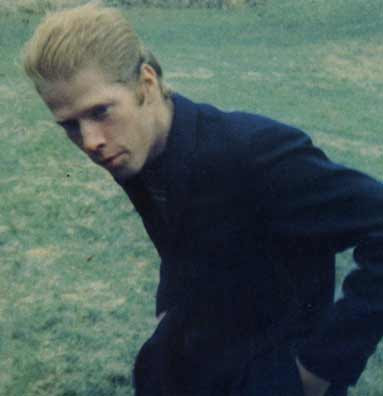 "It’ll be the first show the Texas musician has played in Southern California, despite releasing more than 40 albums since 1978. It’ll be the first time he has played with the two performers accompanying him—Mike Watt (the legendary San Pedro bassist for the Minutemen, fIREHOSE, the Stooges and many others) and B.J. Miller (the inspired drummer for the Los Angeles noise act Health). And nobody knows exactly what will happen onstage, whether Jandek will be playing guitar, piano, singing, speaking, all of it, none of it—nobody knows except maybe Jandek himself, and, as usual, he’s not talking."

" The show is set to take place at the University of California in the City of Irvine, a centrally planned community designed by the Irvine Company and its Republican chairman Donald Bren, the wealthiest real estate mogul in the United States with an estimated net worth of over $12 billion. Irvine is an incredibly conservative and boring place. We heart Jandek and his paranoid schizophrenic ramblings, but why isn’t he playing in Echo Park like everyone else cool who comes to SoCal? Is the representative of Corwood Industries coming to do a higher-plane satanic business deal with the Irvine Company, performing at the Orange County secret society Schwarzenegger dinner? Probably. Perhaps Irvine is a fitting hyper-desolate world for his alienated death worship blues, a calculated aesthetic choice. But we also owe thanks to the efforts of a group of young radicals from the campus of UC Irvine who go by the name Acrobatics Everyday."


TICKETS HERE for $20
Presented by ACROBATICS EVERYDAY!
by Unknown at 4:41 PM