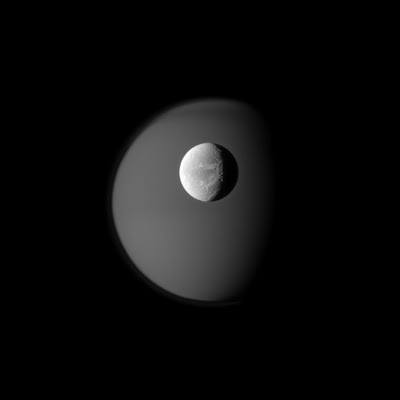 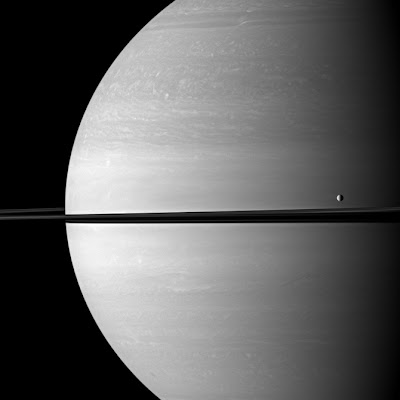 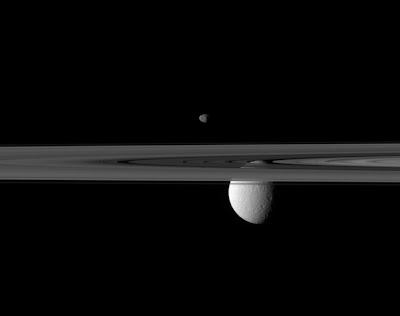 The moon Janus above the rings, and Saturn’s second largest moon Rhea below 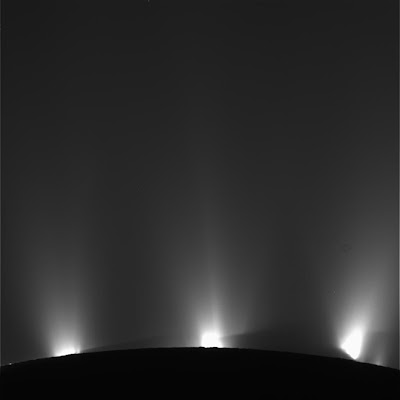 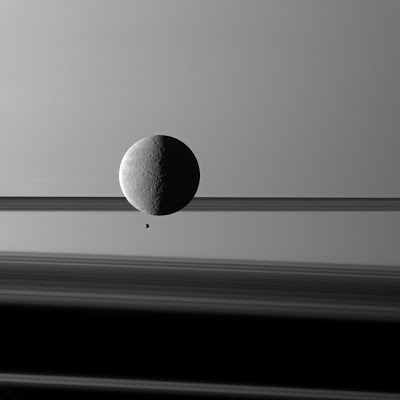 The larger Rhea looming over its sibling moon Epimetheus with Saturn and its rings in the background. The two moons are actually about 250,000 miles apart. Rhea is Saturn’s second largest moon at 946 miles across and Epimetheus is only 70 miles across.
These are some images the Cassini probe, which left for Saturn and its moons in 1997, took this year.
Captions from Wired.
by Unknown at 3:23 PM