There's a neat exhibition going on right now at the Beall Center at school. Nam June Paik (1932-2006) is considered to be the first video artist, and was part of the Fluxus movement. 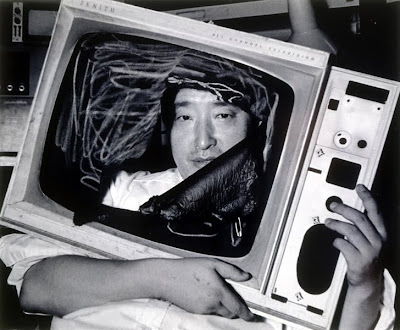 From the Beall Center's site:
"This exhibition will look at Paik’s way of encountering the body. Many of Paik’s most compelling works especially since the 90’s were the body/robot works. Paik’s transformations explore the sculptural and screen elements of the television. His works were more centered on the television and its image than just the image on the screen. He never wanted us to forget 'the box.' His sculptural/video approach would be one of the strong influences on future generations of artists creating video installations."


Here are some things that I like that are NOT part of the show (you'll just have to go there to find out what it is!): 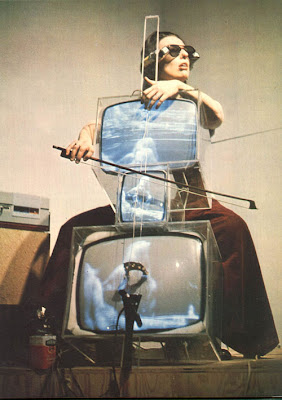 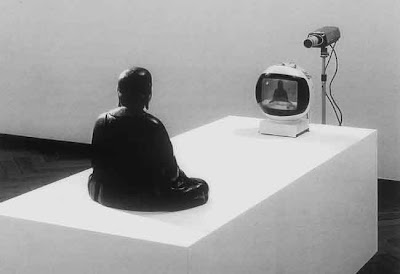 The exhibition is up until December 5th.
You can find more info about it here.
by Unknown at 6:07 PM